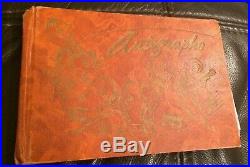 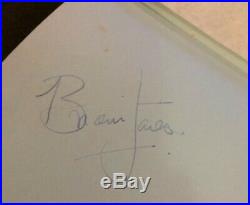 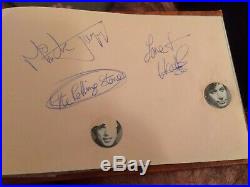 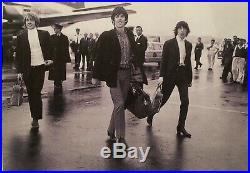 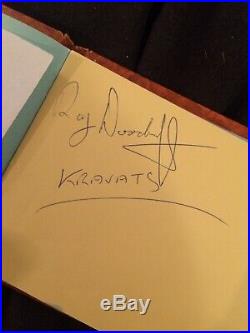 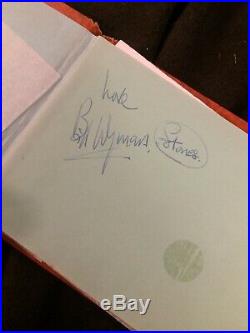 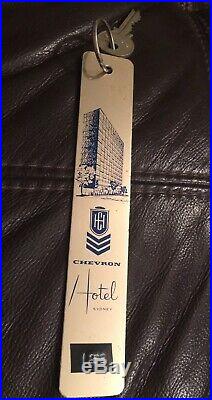 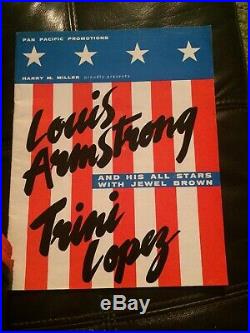 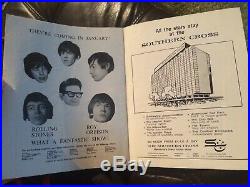 Big Beat Tour’ Rolling Stones Autograph Book. Includes a Louis Armstrong concert program with advertisement for the Rolling Stones Tour. The first tour was in the summer of 1965, less than a year after the Beatles had conquered Australia. Beginning in Sydney, at the long-gone Manufacturers Auditorium in the agricultural halls of the showground, it was done and dusted in eight days with further stops only in Brisbane (City Hall, no doubt to the consternation of the good burghers of the city) and Melbourne (the storied Palais Theatre) before they flew to New Zealand. An autograph book contains Rolling Stones autographs as follows. Mick Jagger – Brian Jones – Charlie Watts – Bill Wyman – Keith Richard – Mike Dorsey (Tour Manager). The Lot Also contains a room key from Chevron Hilton Sydney which the lady who obtained the signatures had kept. The Stones stayed at the Hilton 22nd January 1965. Crisp signatures , some of the small photos placed next to each signature have gone. Also contains autograph of Ray Woodruff (died 2004) out of The Kravats. Sent with Australia Post Standard Service. The item “1965.’Big Beat Tour’ Rolling Stones Autograph Book” is in sale since Sunday, May 12, 2019. This item is in the category “Music\Memorabilia”. The seller is “gimmesheltarr” and is located in Brisbane, Queensland. This item can be shipped to Australia, North, South, or Latin America, all countries in Europe, all countries in continental Asia.